My other Subjects and websites

The Anvil Priests of Gretna Green -

In 1754 The Marriage Act was introduced into England. It stated people had to be married in the church and no younger than age 21 without their parent's consent. It was a power play to keep control over fortunes in families and to further establish dominance in the Church. Well, young people, of course, rebelled against this. Scottish law was different. They had the law that two people over the age of 16 could marry in a simple ceremony if they had two witnesses. And a city called Gretna Green in nearby Scotland became a place where people would travel to in order to elope. It was ideally situated on the main road from London to Scotland.

But why the Blacksmith?

The blacksmith shop was at the junction of five roads in the city. It was an easily found place for couples who wanted to quickly get married. And the ceremeny became one of the couples paying a bit, finding local witnesses and the blacksmith declaring them married with a hammer hitting the anvil.

To this day you can still get married by anvil in Gretna Green. Check out their website here.

The Feast of Saint Clement

Saint Clement, who was also a pope is the patron saint of metalworkers and blacksmiths. His symbol is the anvil and he was martyrd by being chained to an anchor and thrown off a ship.

In some places the festival for blacksmiths, also known as Old Clem's day is still celebrated on November 23rd. It is usually kicked off by placing gunpowder on an anvil and striking it which is called firing of the anvil. 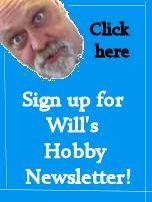